Sornrapat Patharakorn and Titirat Skultantimayta set up a sculptural installation inside the Lighthouse of Meadow that architecturally manages light and darkness. In the center of the dark room, a wall is built in the same dimensions as the entrance door. A lighted candle mounted on the back of the wall turns its compact opaque surface into a vacuum, opening a second dark door to the space as the rest of the room is gently illuminated by the candle flame.

Sornrapat’s work has a strong root in spatial phenomenology, his work are nicknamed ‘architecture of light’ according to his exploration on human perceptions and interactions of spaces. Titirat’s practice deals with capturing presence and/or evidence of passing of time. Sornrapat usually works in large scale with light and space installation. And Titirat’s works include photography, sculptures, ephemeral sculptures, and poetries. Together, they create art across all kinds of media such as woodwork, ceramic, light projection, and installation, in order to address the delicate and immersive perceptions in the forms of subtle matters and situations.

Sornrapat Patharakorn is an artist who focuses on human perception within the physical environment. He usually utilises light and existing conditions of place to create spatial experiences which deal with immateriality and ontology. He has been influenced by studies of architecture and philosophy and he often consider the existing situation of the places where his work is installed as a vital part of the work. Sornrapat believes in co-existence of multiple facets and interpretations of reality and he believes that making art involves in reading and expressing the versions of those. His work primarily includes spatial and light installations which situate both inside art spaces and outside of them. He gained the recognition from his work “Golden Hour: from 8 minutes ago to what is yet to come” which was situated in front of Praisaneeyakan in 2018 and “Here and Now” along with “Now, Here and Elsewhere” when he was chosen as one of Brandnew art project artists in 2019.

Titirat Skultantimayta is an artist and visual narrator. Her area of study is centred around topics regarding delicate impermanence of beings and ephemeral states of events, including the flexible perception/interpretation of reality. Born and raised in Bangkok, Thailand, she is found with great attachment to eastern philosophy of aesthetics, simplicity, and way of life. Her works usually involve capturing presence and/or evidence of passing of time. She thusly expresses those characteristics through photography, sculpture, and mixed-media installation. Her notable works include “Memorial of Time”, a series of site-specific sculptures accompanied by a poem, “No Memory Park”, a series of photography, and “In the Summer Wind”, a mixed-media installation.

Internal Glow
2019
Site-specific Installation by Titirat Skultantimayta and Sornrapat Patharakorn
Internal Glow is a light and space installation proposal by Sornrapat Patharakorn and Titirat Skultantimayta, utilising the internal space of places on Tinos, combining the physical and historical contexts to create a space of warmth that community and visitors can share and spend time together. The tentative is to translate the element of fire for winter and the context of lighthouse of Tinos into a common space that create the reverberation of domestic space by the hearth which family gather and communicate with each other. The physical parts of the work consist of a candlelight and an erected custom-shaped slab of local material which is calculated for to cast shadow and create a space of light and warmth. The space itself would provide the framing and orientation of the work that going to be situated there, and the shape of the work would naturally vary and fit into the existing space. The slight movement of the light source, the candle light, would cast the omni-directional beams onto ceilings, walls, and floor of the space, giving life, energy, metabolism, onto the space in winter space. The candle would also provide the ritualistic aspect of the work, reminiscing the time when the light keeper kept the illumination of the lighthouse alive, the fire of guidance which is the universal good in the world. 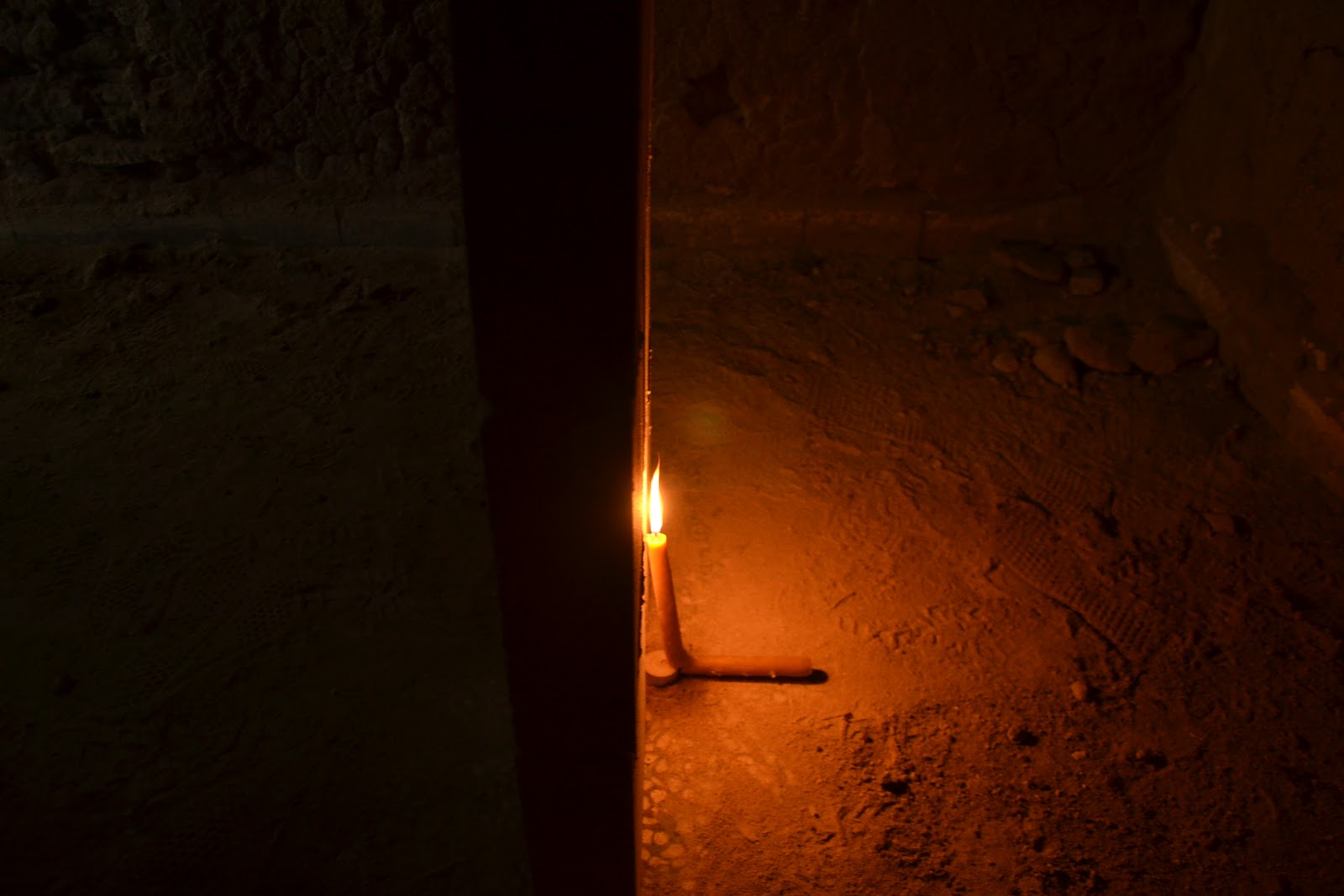 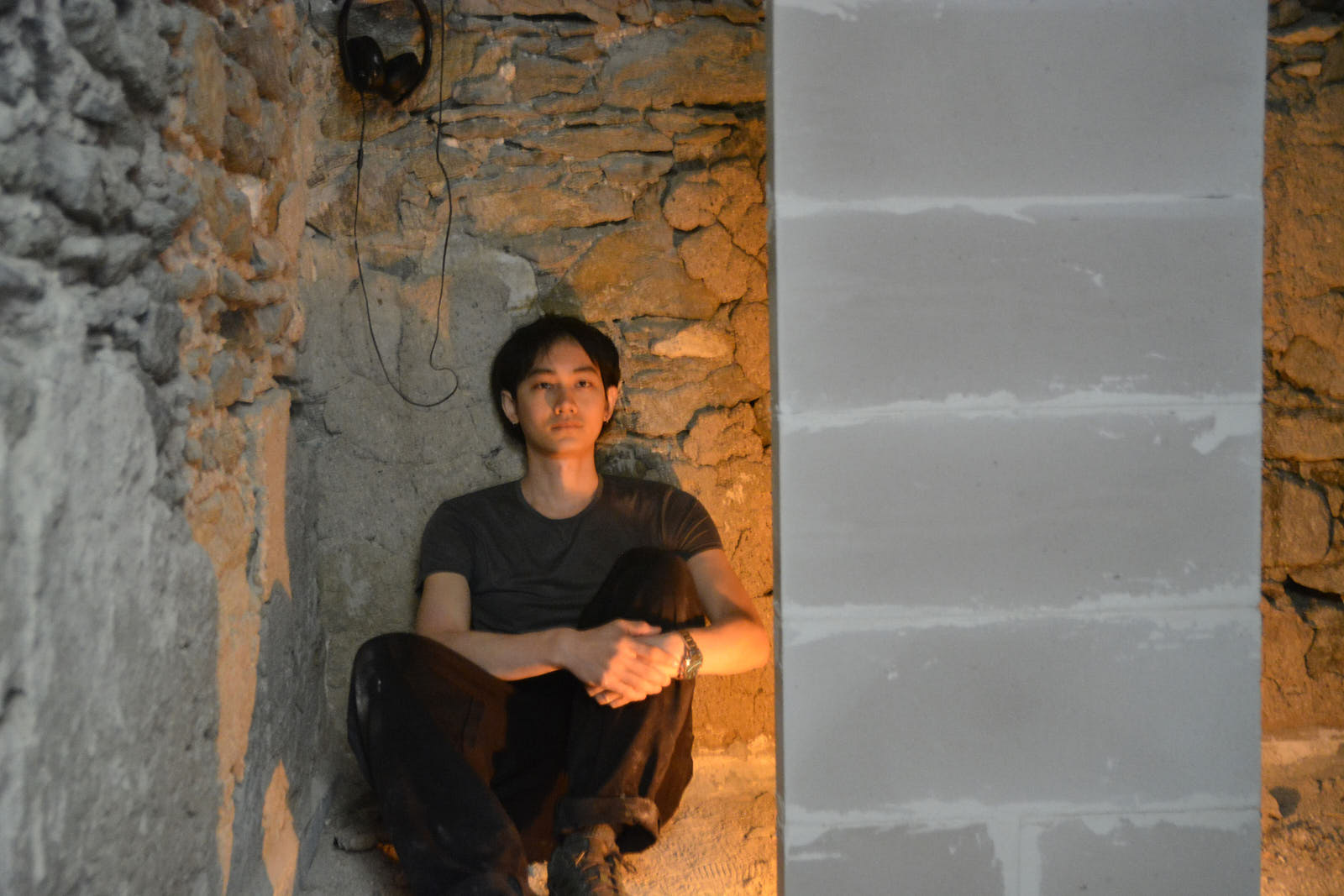