Kinono 4 | Four Elements plus One

For the year 2020 Kinono has launched the Four (plus one) Elements thematic series, a multifaceted modular international project based on the participation of a large number of international artists, scientists and researchers through transnational residency programs at over 60 natural and cultural sites around the island.

The Four (plus one) Elements borrows the four elements, fire, water, air and earth, plus one – the “element” of time on one hand as the alternation of the seasons and on the other as the era of human intervention in natural and cultural landscape. The Four (plus one) Elements is implemented through four separate programs of international artistic production, research and hospitality – residency (corresponding to the themes: fire, water, air, land), each lasting 18 days, with different groups of participants and locations of creation at four different seasons of the year. The initial Residency hosting plans dates were as follows: Fire (18 January – 1 February), Water (22 April – 8 May 2020) / Air (15 August – 5 September 2020) / Earth (14-31 October) 2020). With the new developments the water element has been moved to October where it will be co-organized with the Earth element. 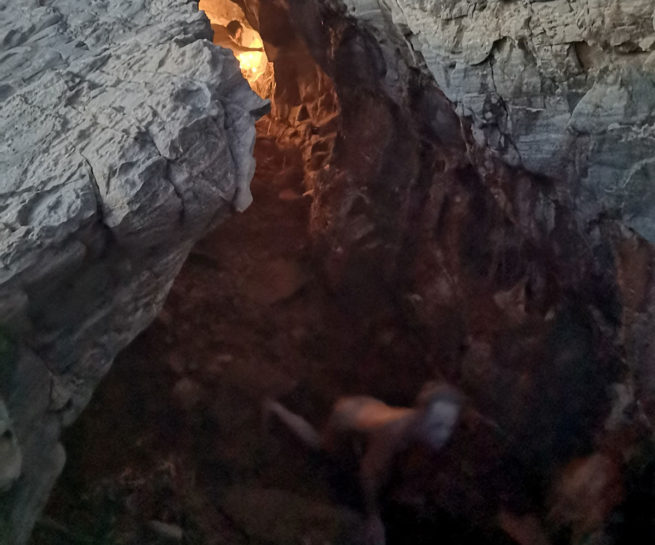 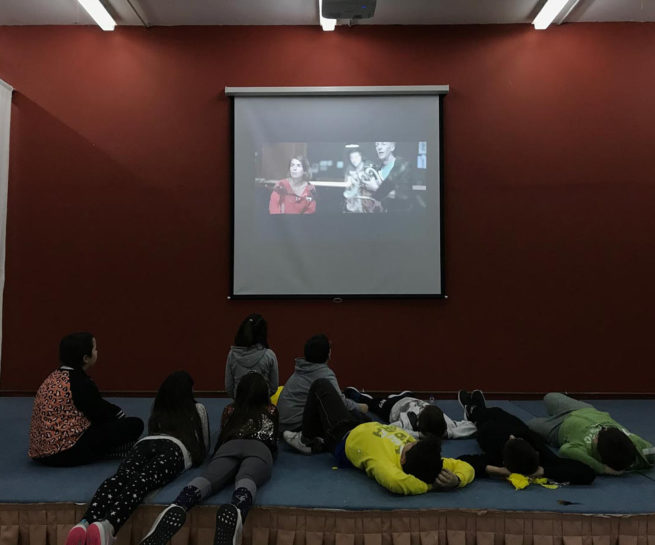 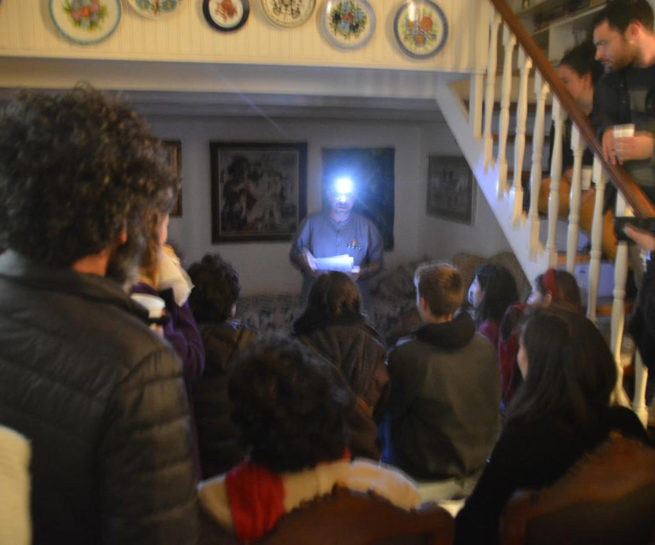 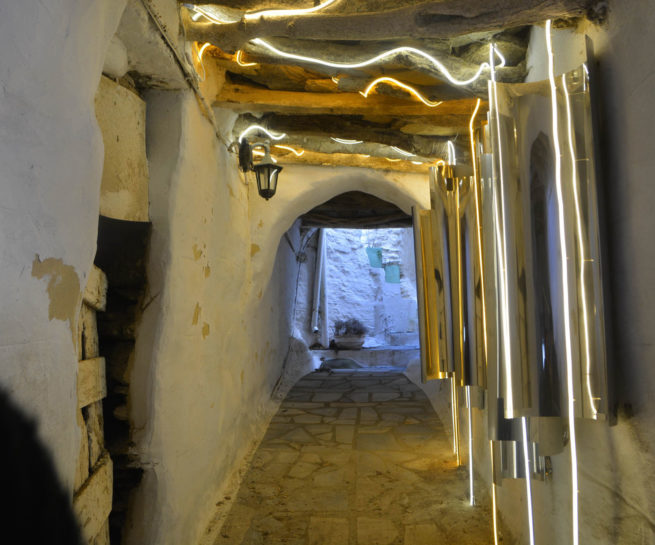 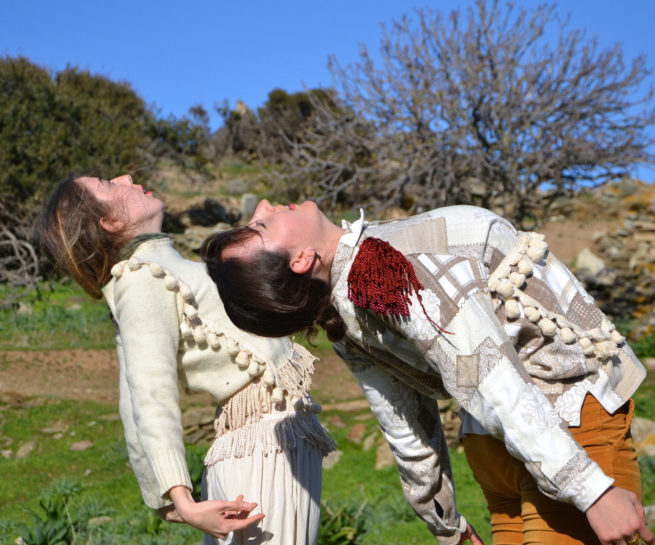 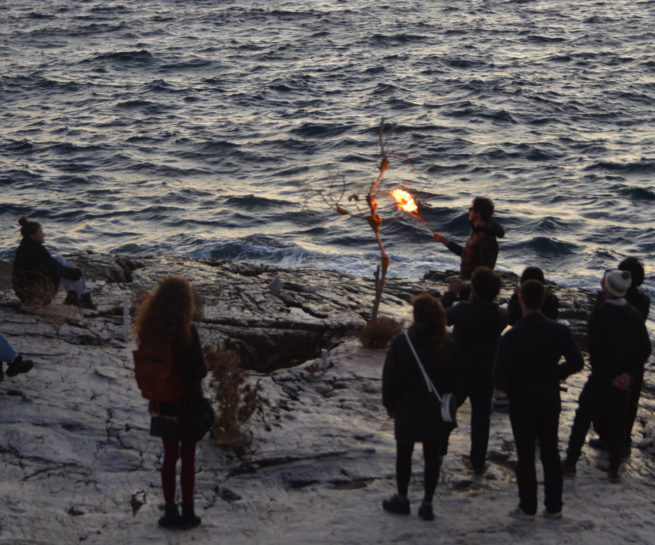 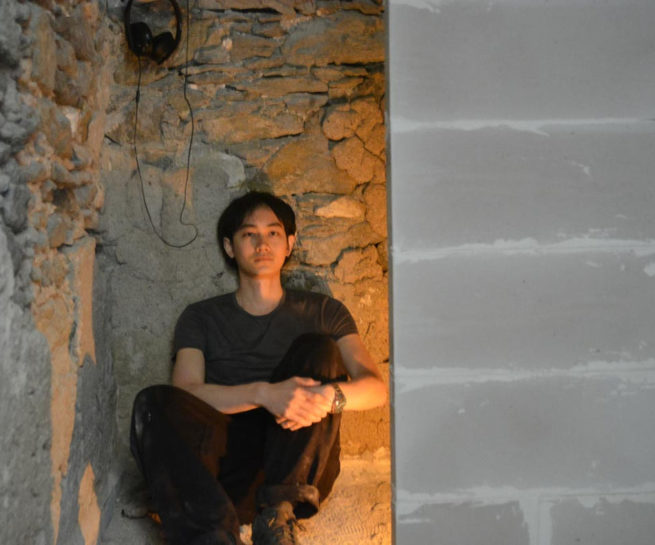 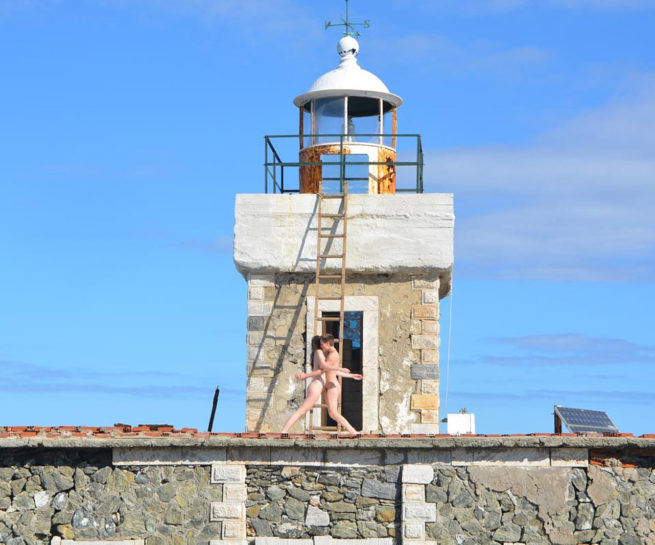 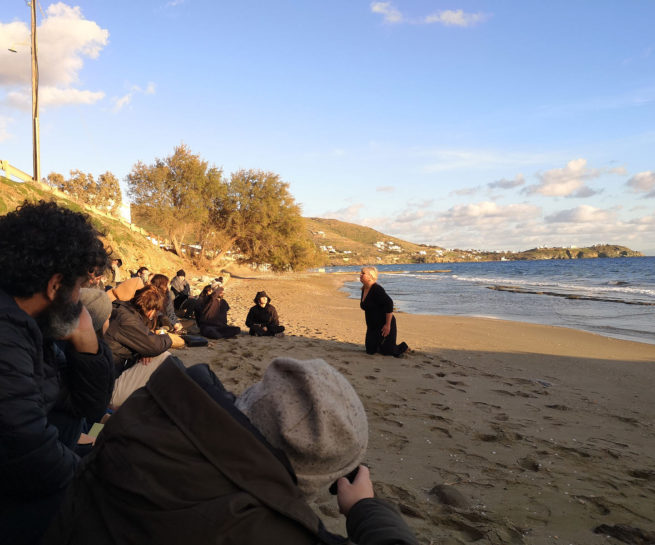 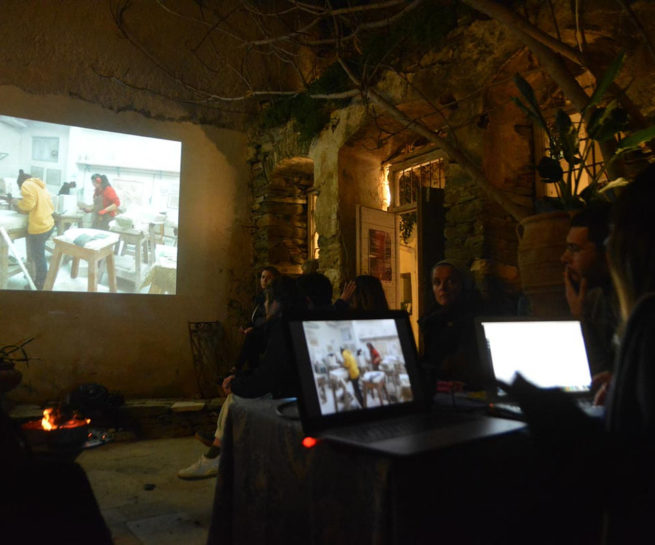 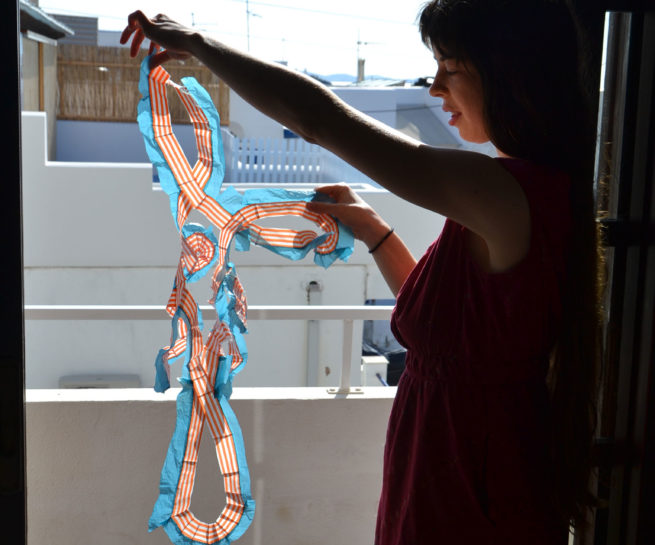 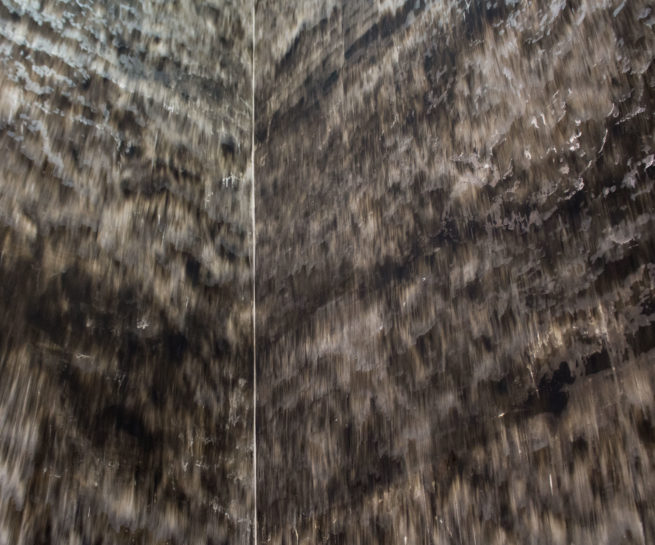 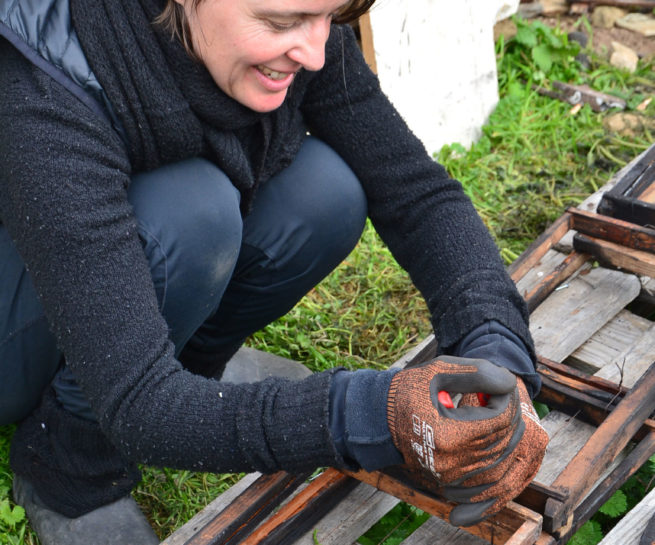 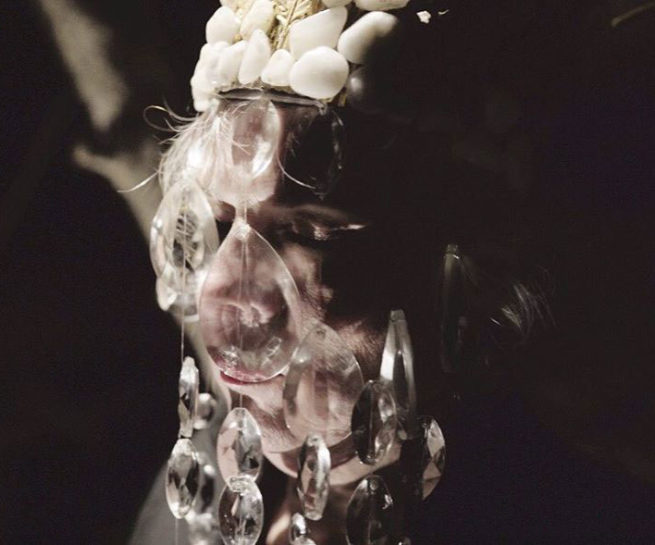 Kinono is pleased to announce the closure of the first element of the long-running “Four (plus one) Elements” this of fire, which lasted from January 18 to February 1. Kinono welcomed 23 participants from 8 countries (Thailand, France, Wales, Italy, USA, Brazil, Portugal, Greece).

The opening activities of Fire were spread over three days, with 3 subsequent thematic tours and workshops (at selected locations for the fire element) as well as common meals in the villages. The Residency core, lasted from January 21 to January 29, thus producing the participants’ works. The closing activities and the presentation of the participants’ works were also extended over a three-day period from January 30 to February 1, with the Lantern tradition as a starting point (a tradition very important for life in Tinos).

On Friday 18 January, the tour included Damari of Pyrgos, the quarry of the Dragon and finally, the abandoned Ismaili village and participants were guided by architects Dimitris Theodoropoulos and Zoi Moutsokou. In Ismail there was a physical workshop by the artist Philip Vassiliou.

On Saturday 19 January, the participants enjoyed a unique touring experience in the landscape of Tinos taking part in one of the tours of Aeneas sports club by Manthos Prelorentzos, hiking in the “Mesa Mari”. Then there was a hike to the Gastria Cave where an introduction to the Lighthouses by Nico Beno Palmer was made. The second day ended with a workshop on sound, hearing and sound as an object, conducted by Anthropologist and Musicologist Dana Papachristou, with open discussion and exercises on sound and the importance of its use in art. 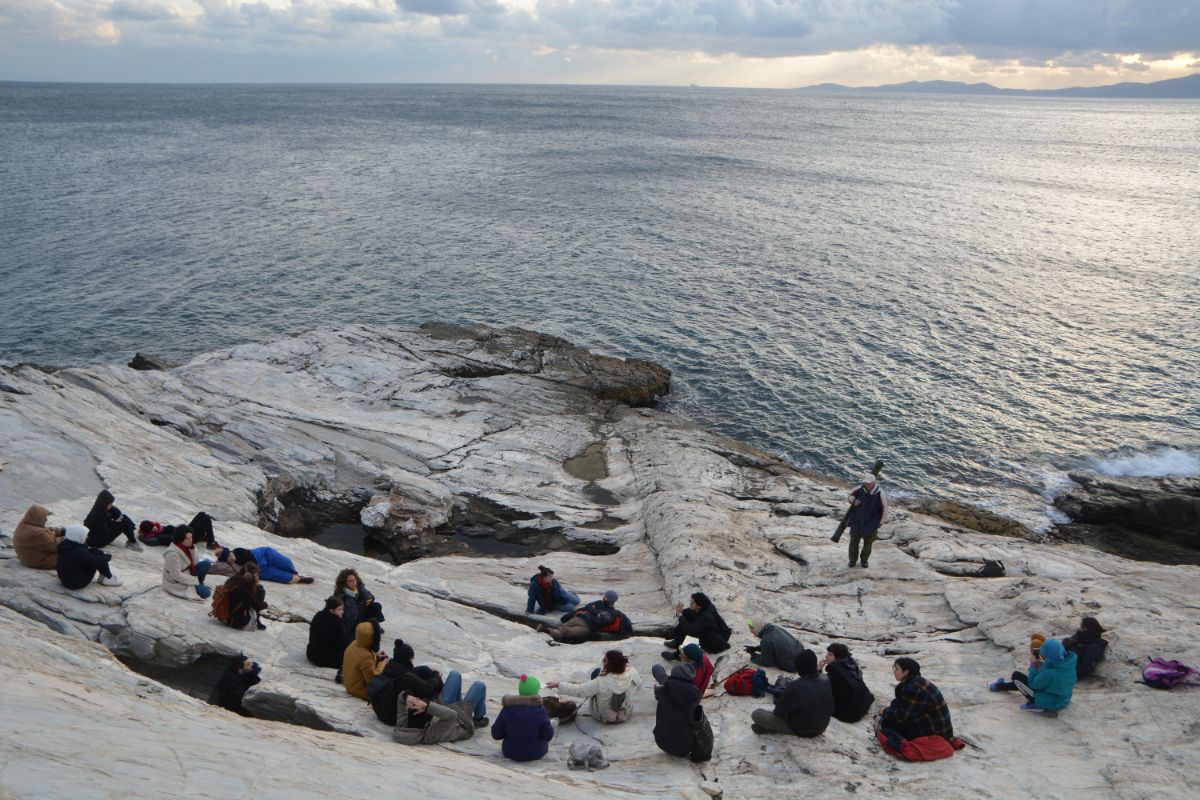 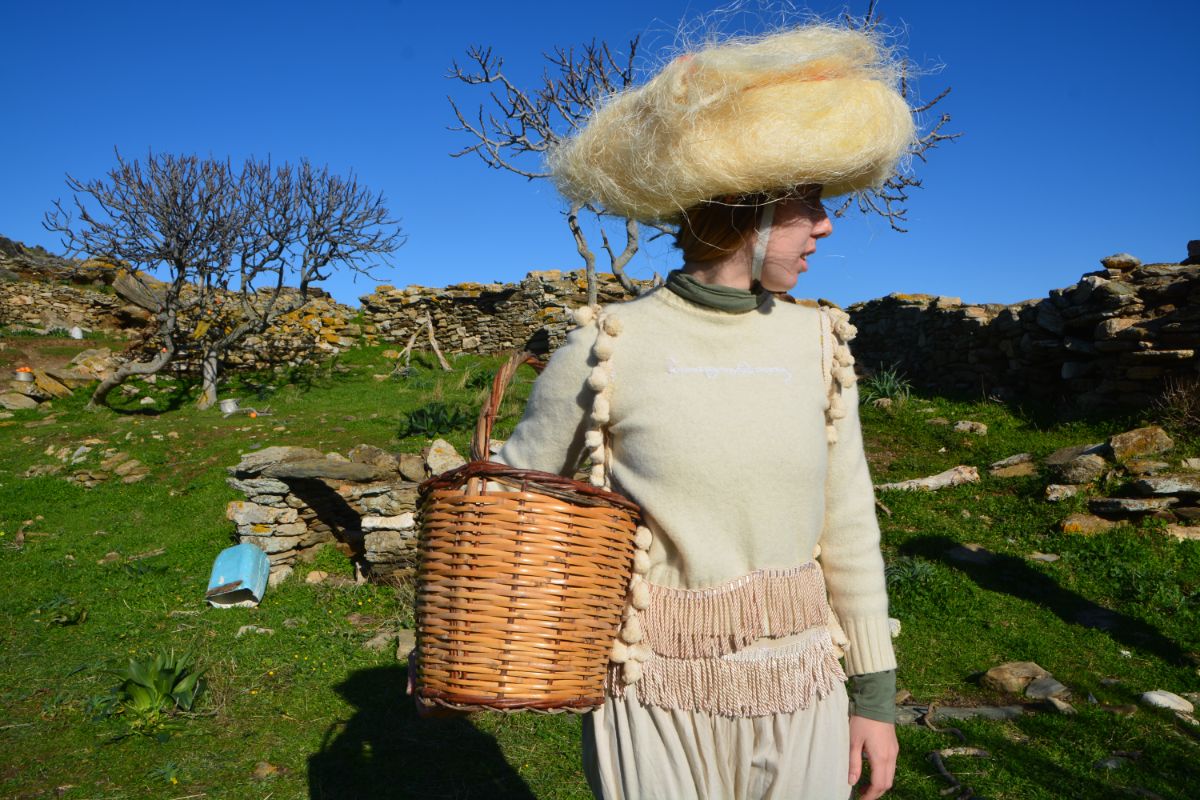 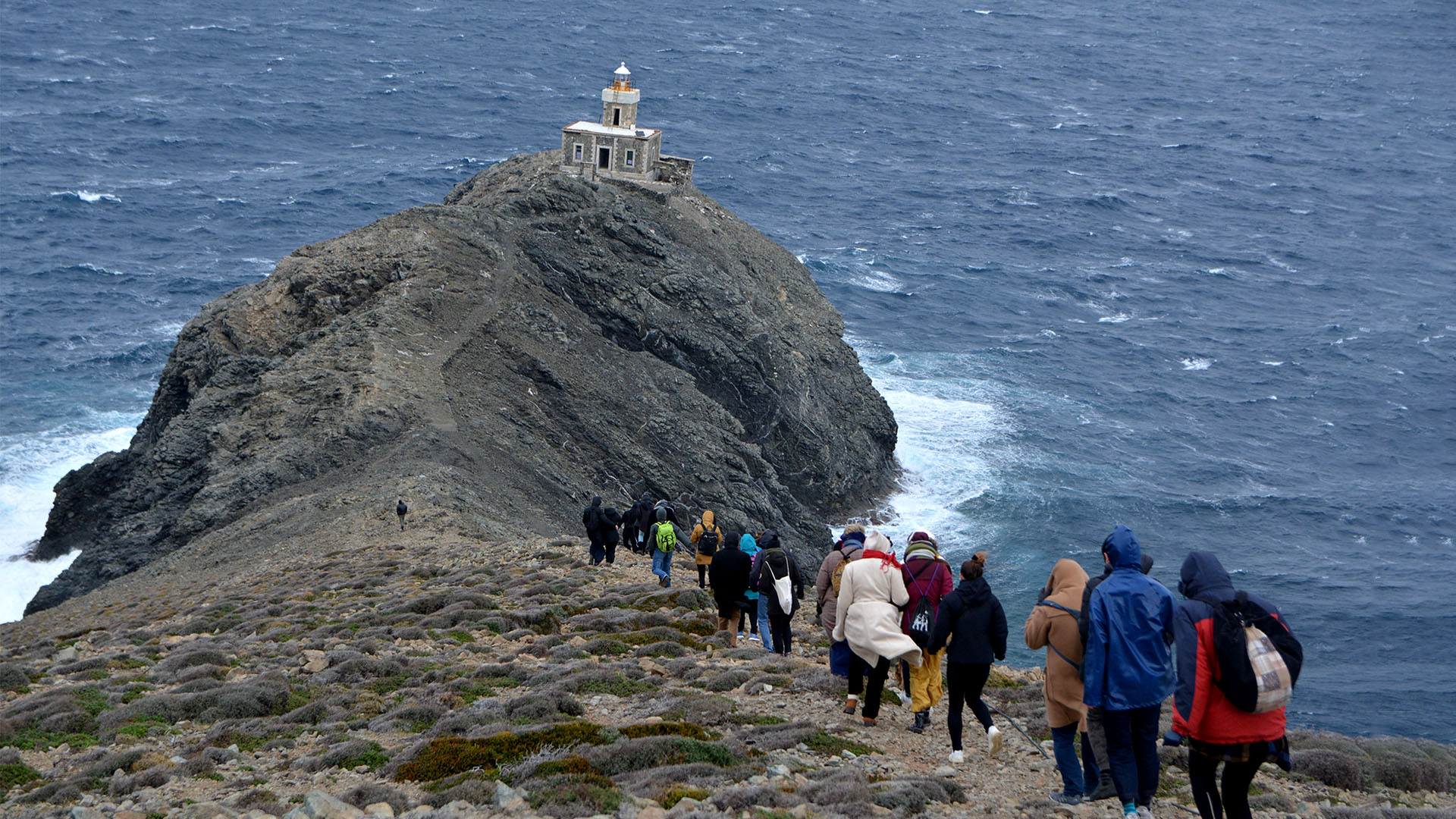 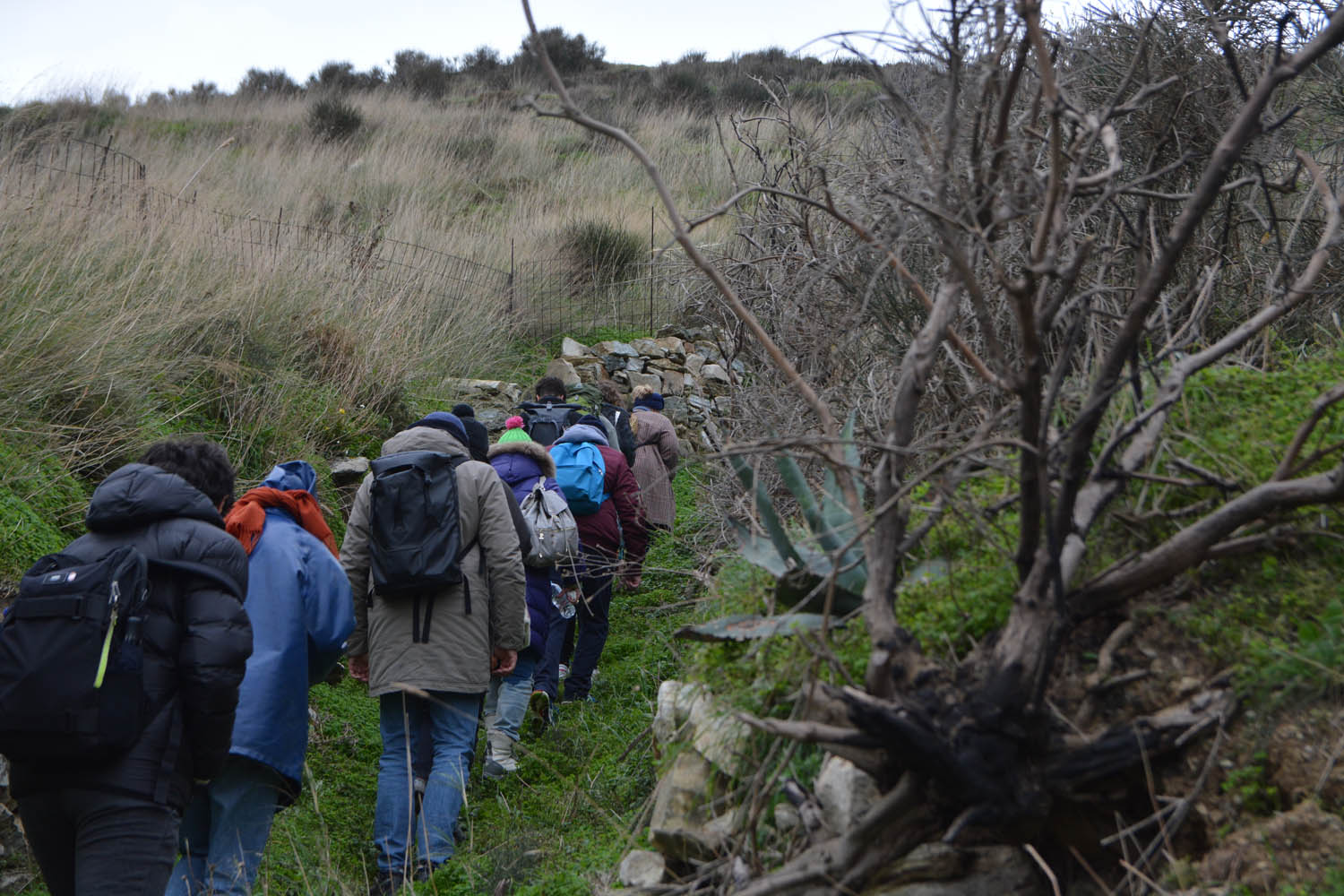 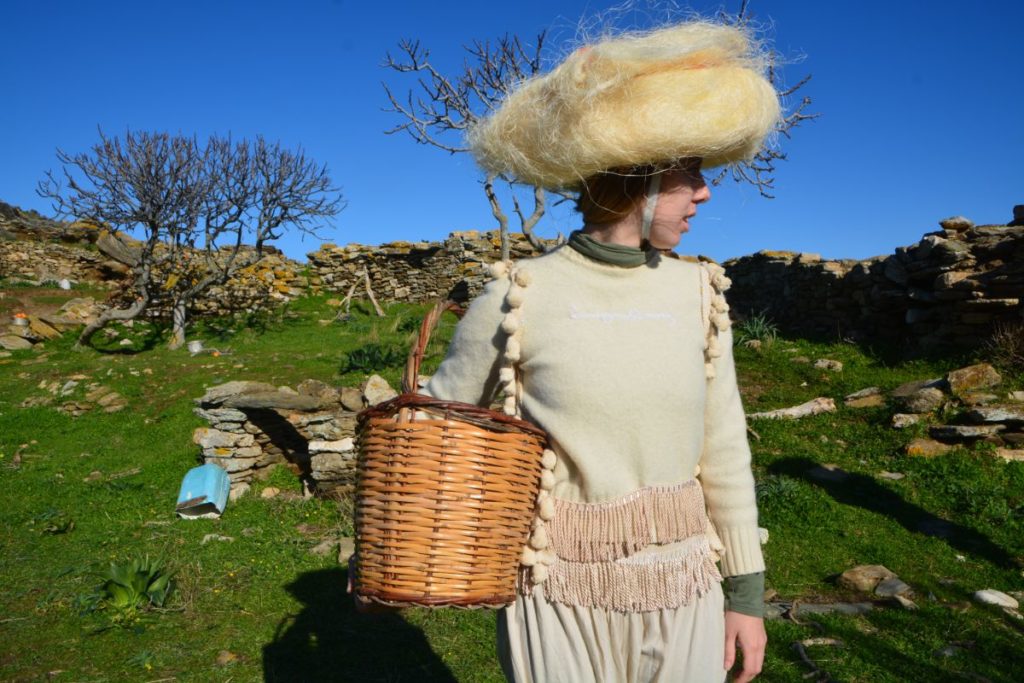 Then the main part of the Residency began, which lasted until January 29 with participants creating their own projects in their places of residency and the respective residency sites. The works created were all original and were centered both around the cultural heritage and tradition of the life of the island, but also the attractiveness and enormousness of the Tinos landscape. The causes were fairy tales and harbors, nautical routes and their role in the development of island life, the religious influence that is closely intertwined with the landscape of the islands, and of course the abandoned urban structures scattered over it. Finally, there are narratives, lectures, and fairy tales in Chora and Estonia to complete this journey. 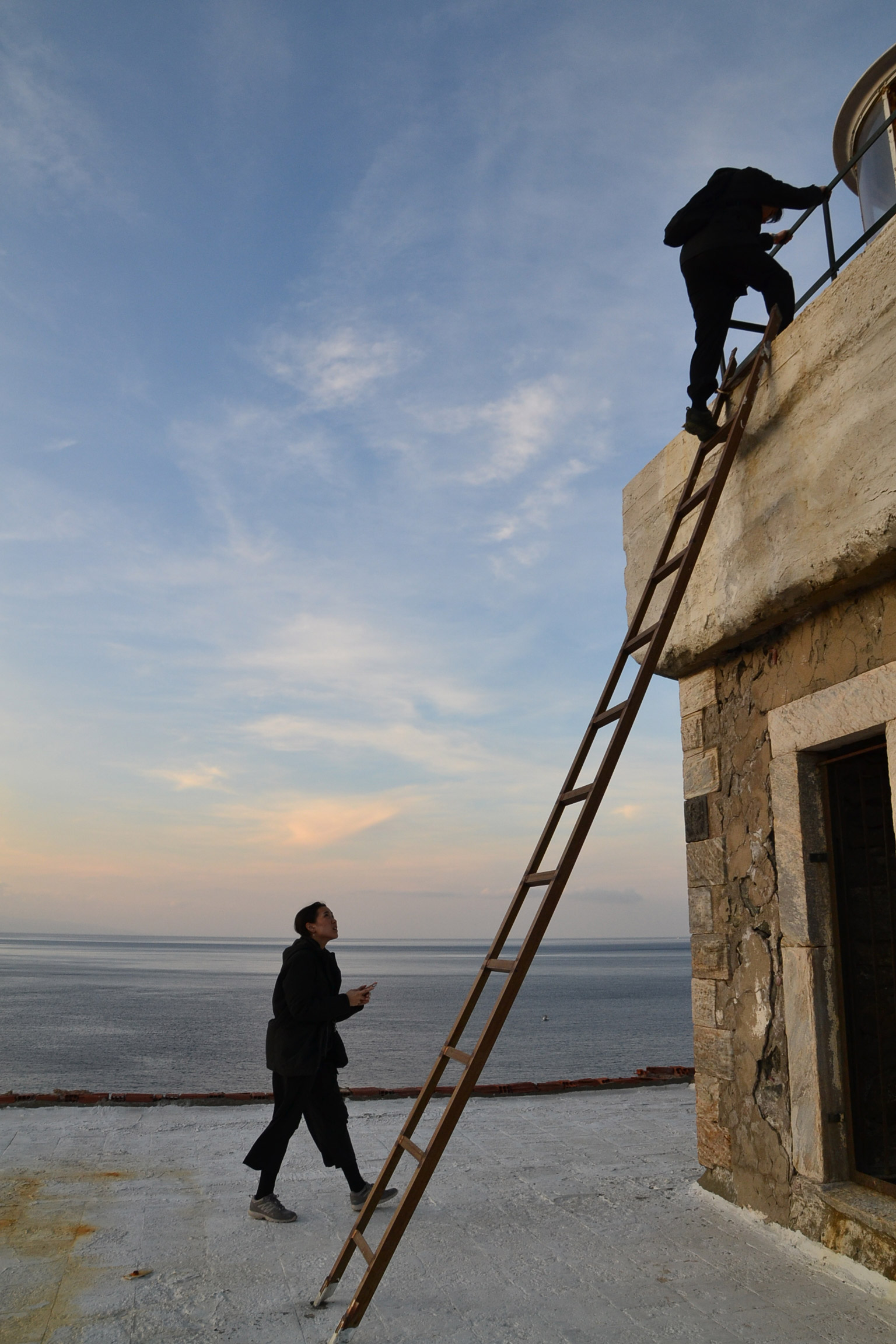 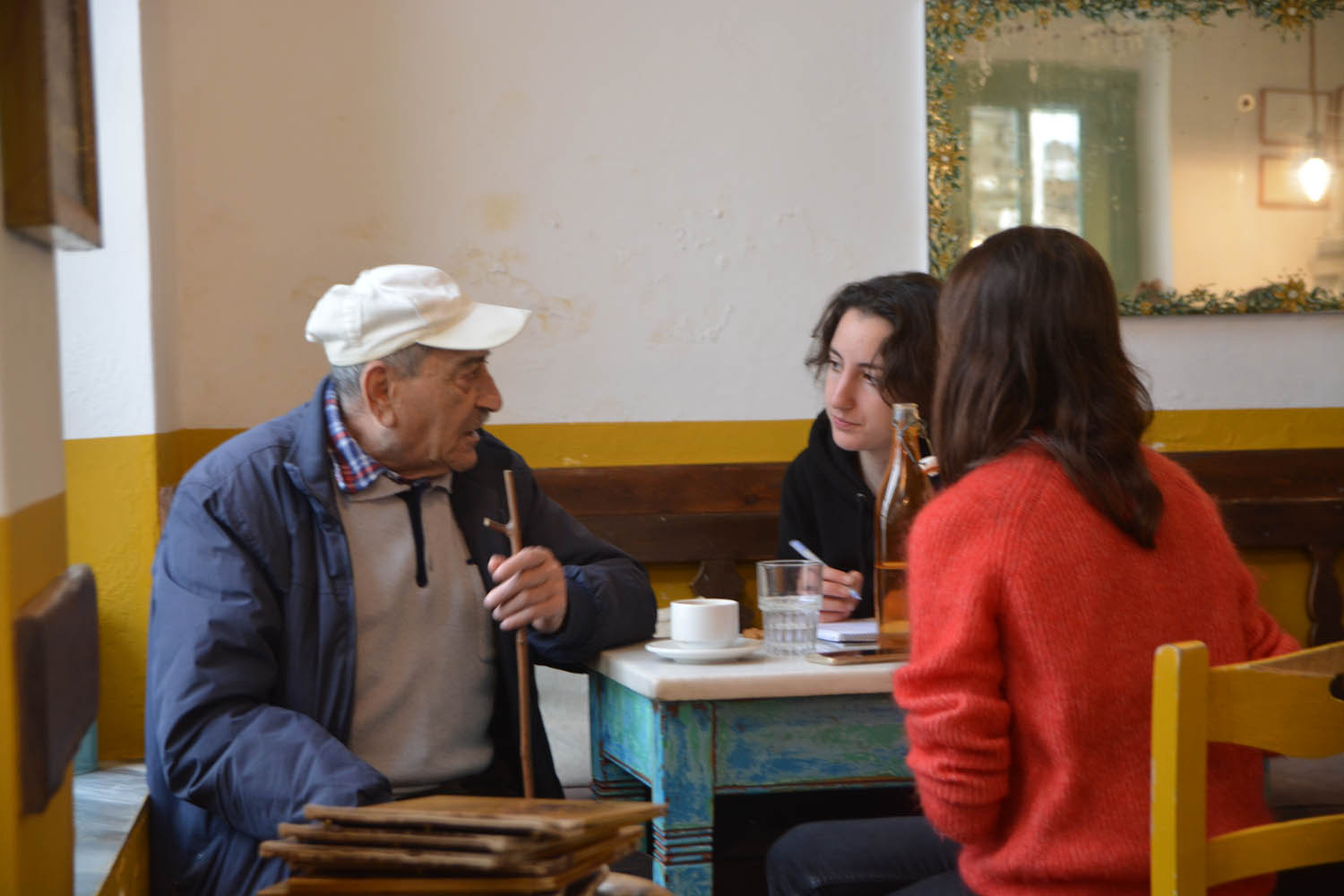 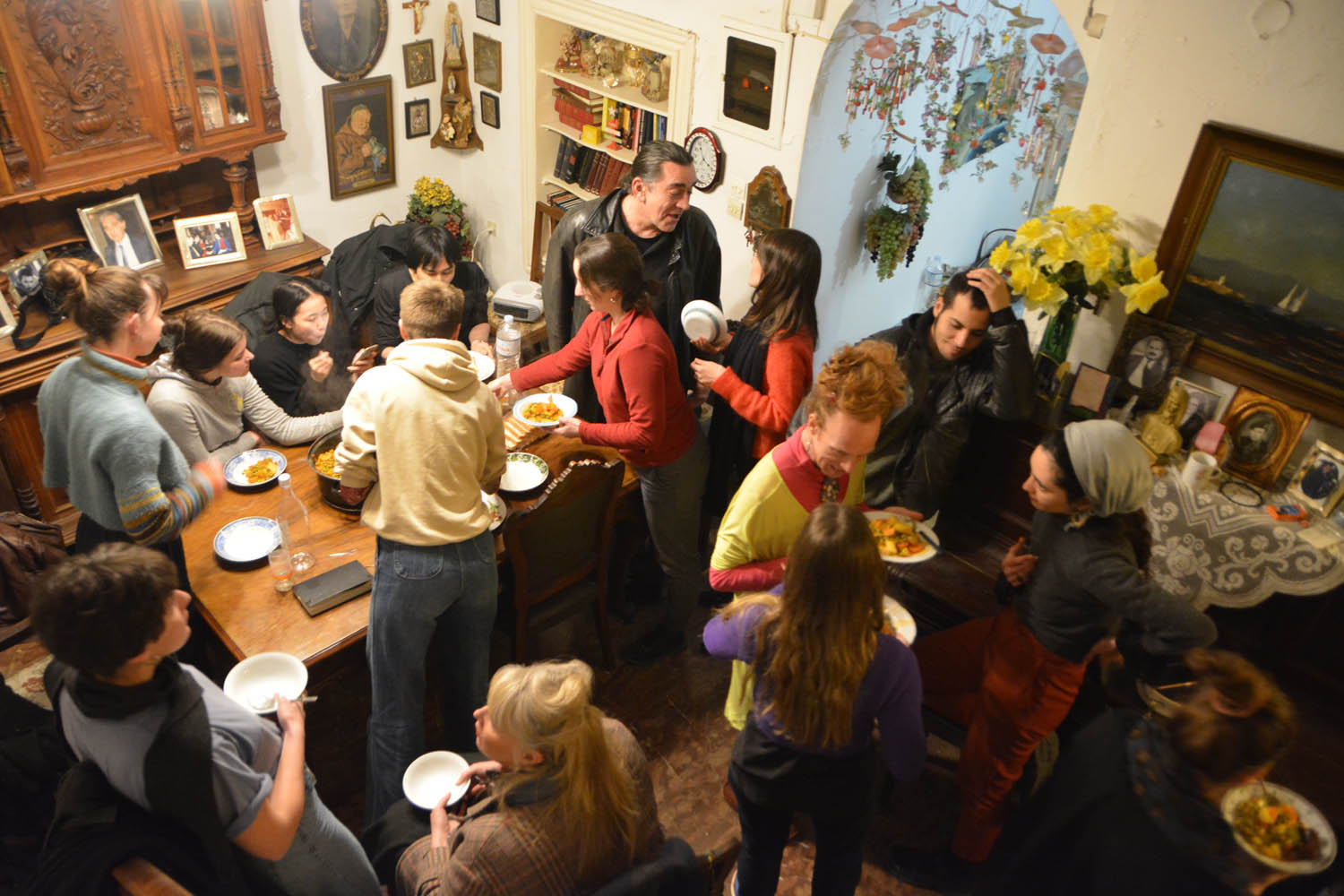 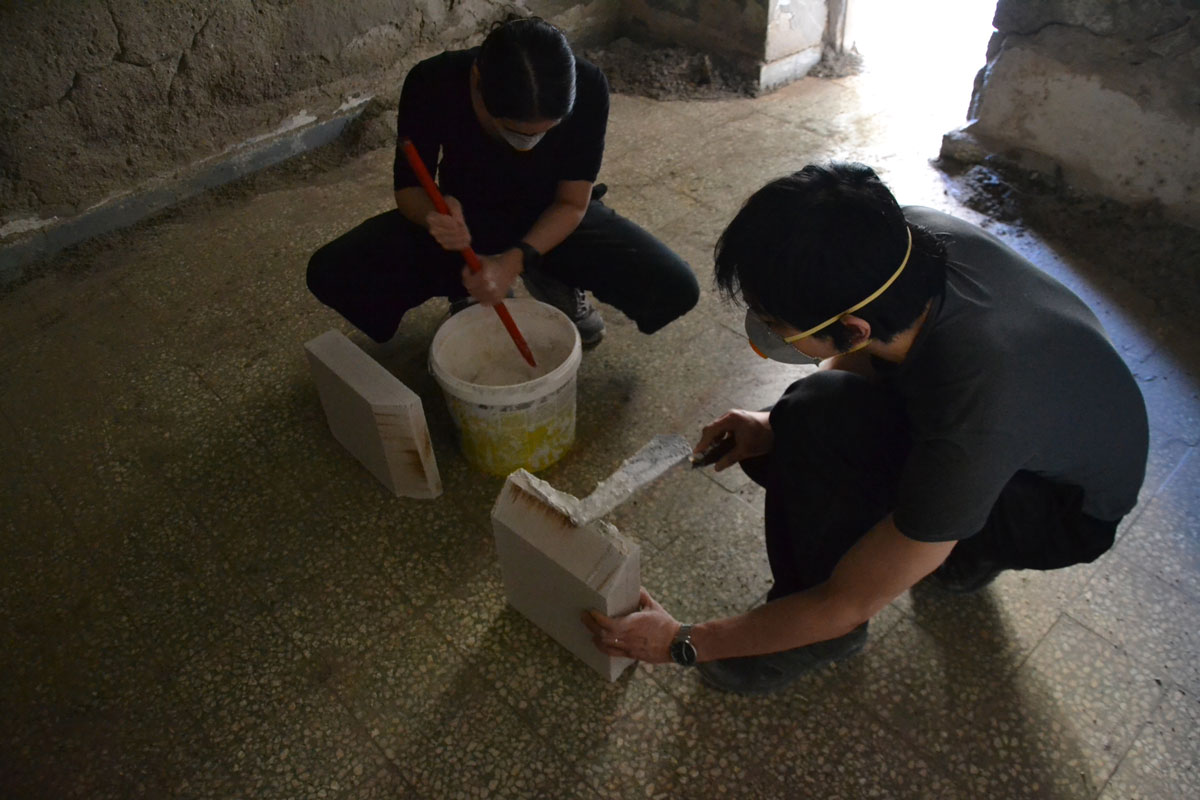 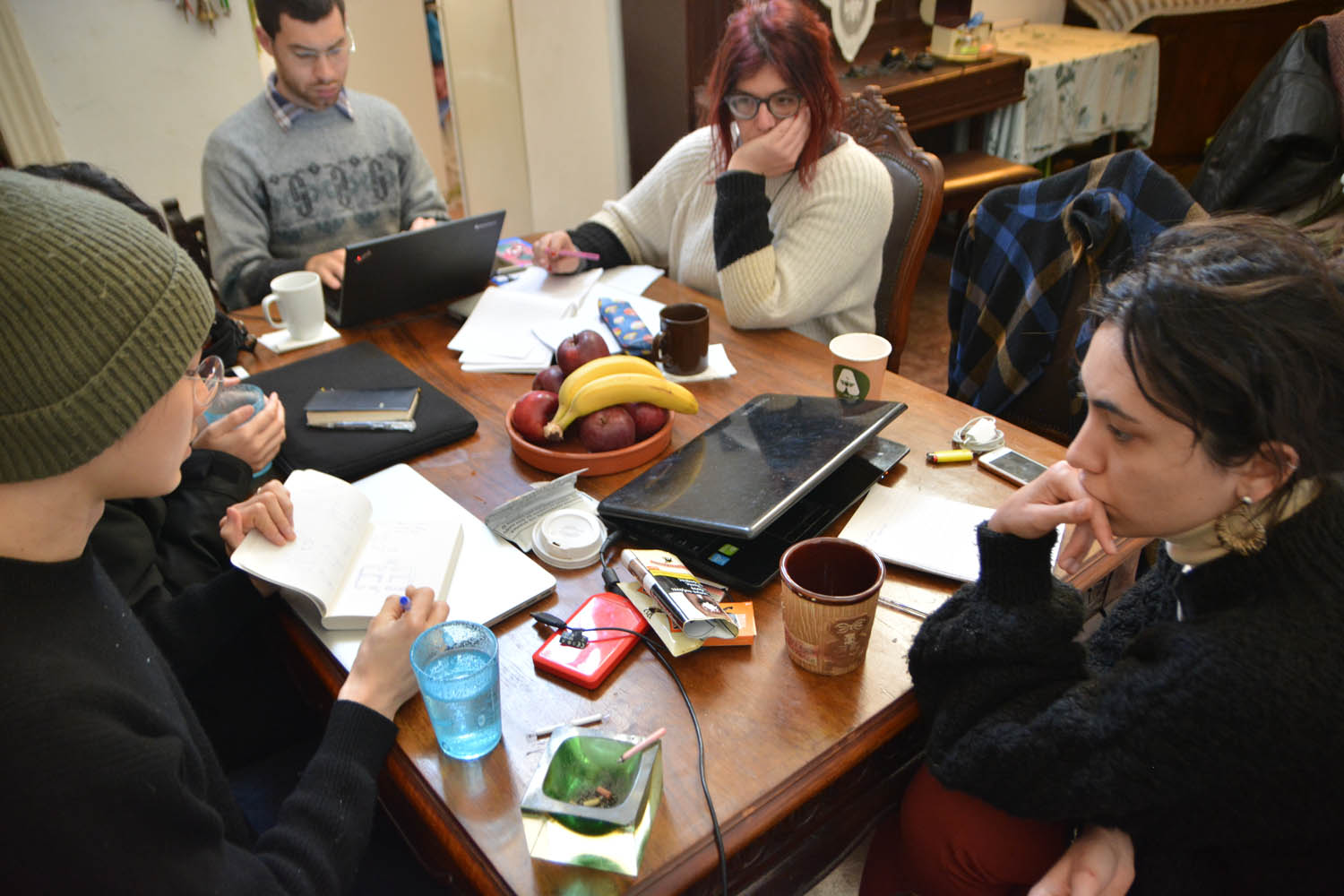 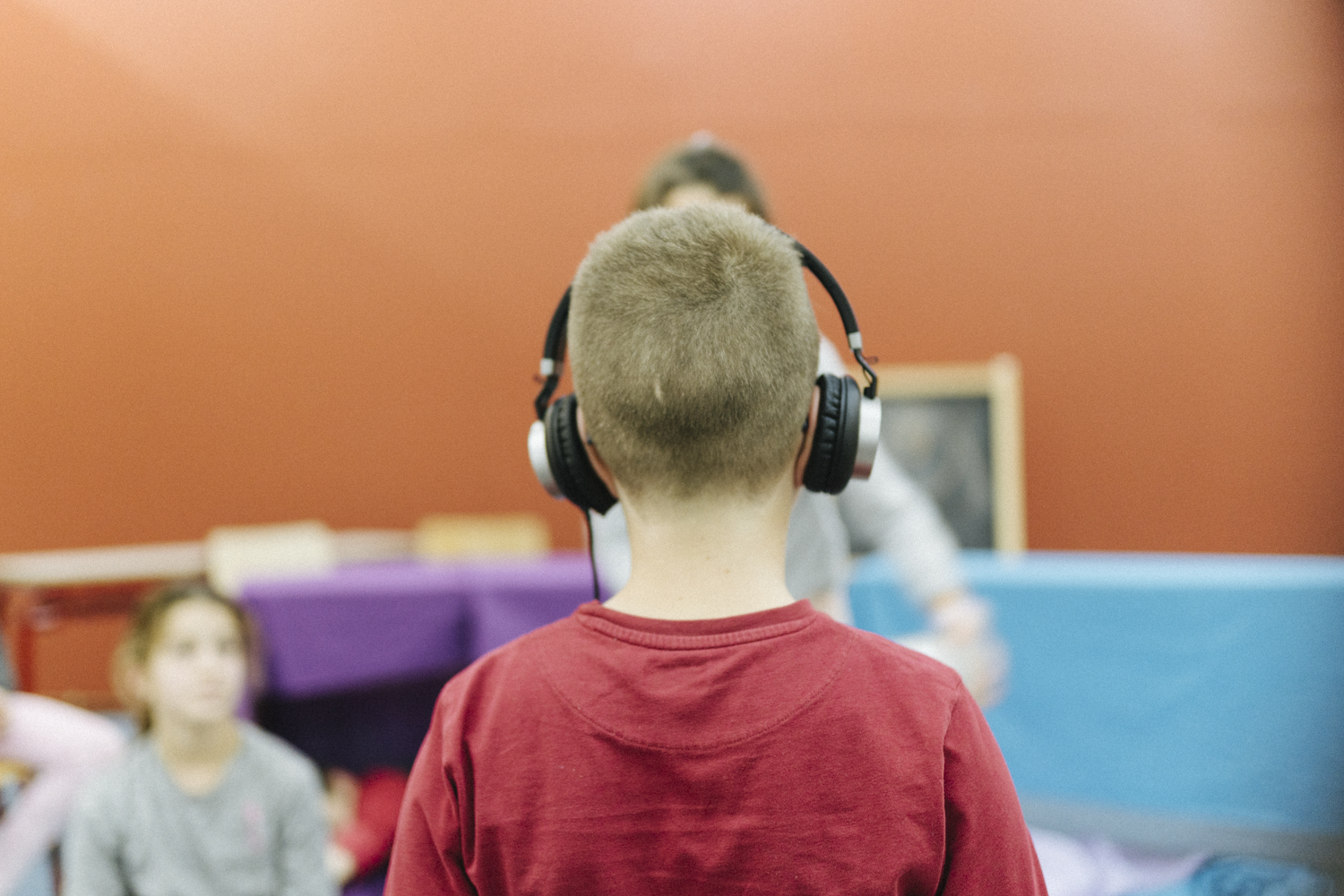 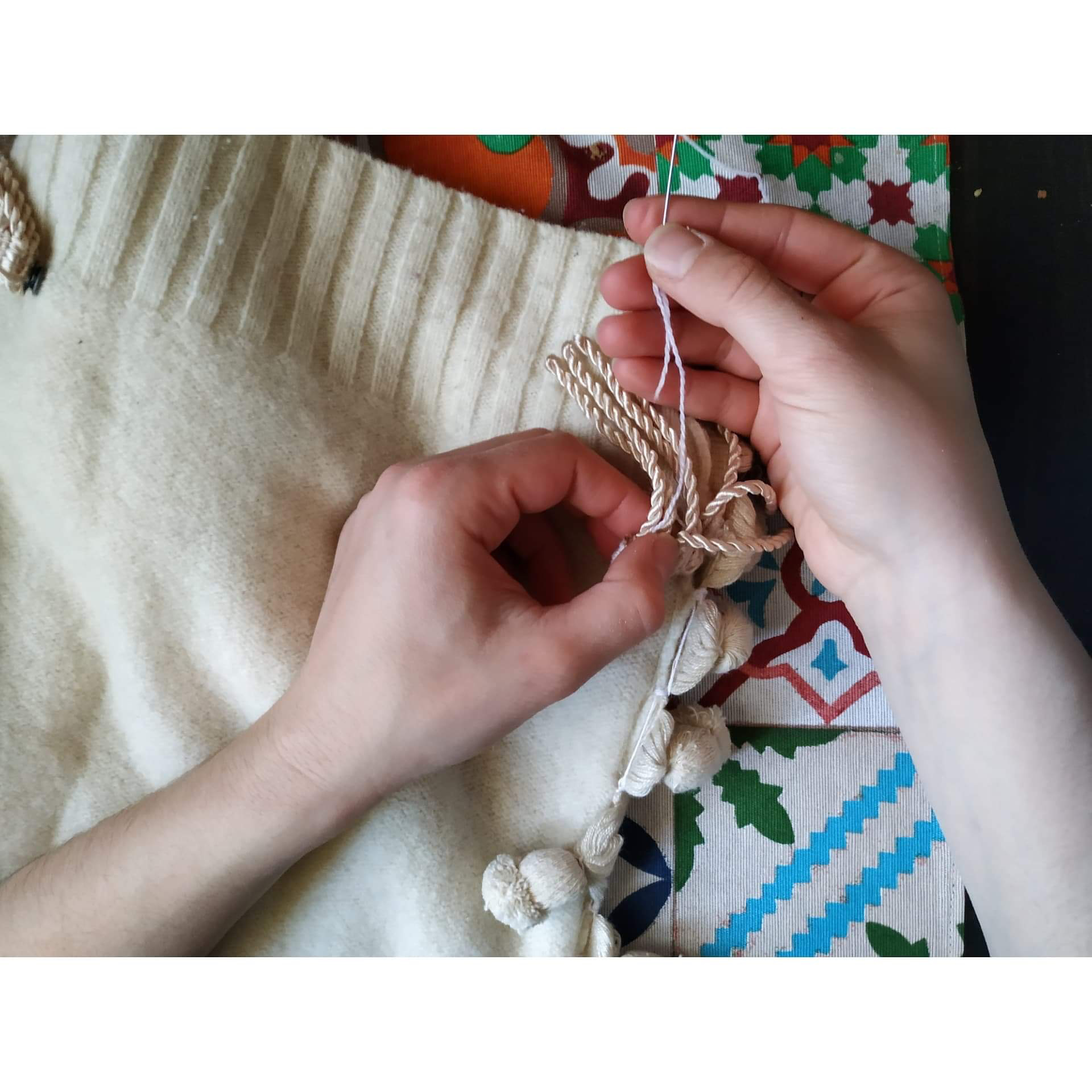 The closing activities, consisted of the presentation of 15 art works on 5 landmarks in Tinos, and they began on Thursday 30 January, with the Lantern tradition as a starting point – a tradition very deeply linked to Tinian culture. The night continued with the Veggera visual installation with video, storytelling and production from the children’s lab (at the 3rd Elementary) and the involvement of Nikos Kostopoulos and Vikis Ziogas with Tinos life and ended with the mystical performance of Azzura de Gregorio on the subject of Prometheus.

Friday 31 January, at Papargyras Lighthouse, the relationship movement – collapse – separation – reconnecting, through repetitive body movements with the constructed structure as boundaries and obstacles to Liv Grun’s three-hour performance with Marie Skovgaard, the installation of Gwwenllian Spink in collaboration with Tinos Recycling Community whi created a temporary stained-glass installation, a fire that refreshes itself using daylight mutation while Sornrapat Patharakorn and Titirat Skultantimayta in collaboration with Tinian craftsmen created a wall in mosaic style with the region’s fiery rocks and candle reflections. The presentations continued in the village of Arnados where Viveta Christouli redefines the role of the arch, using it structurally and transforming it into a natural light – gate reflection passage inspired by the theme and typology of the arches of the village. The presentations of the works continue with a flow from the beach of Kionia ending in the cave of Gastria, starting with the performance of Lara Buffard, who transforms and transfers her golden light as she first cleansed the transformed or the beach itself as cave, aerial wanderings and mythical monsters sprout with the accompaniment of once-subtle and sometimes imposing soundtracks through performances and installations by Thierry Alexandre’s performance and the soundtrack to the cave by Yuri Tuma. The day ends with a presentation of a piece of research conducted in collaboration with Ines Moreno at Sykia Gardens on technical gesture and marble.

Saturday 01 February In the village of Ismail the former urban structures are entangled with nature through the wooden wall of burnt caverns, by Claire Laude, the installation of Eleana Balesi and the Bruna Castra – Luciana Pontes, the movement with the dynamic dance action of the duo Areti Athanasopoulou and Zoe Mastrotheodorou, and Kinono’s cooking interaction with the participants and its audience. The residency closed with the presentation of Julia Forrest, with her cameras, negatives and tools and the literary performance of Konstantinos Hatzinikolaou, who, with his deconstruction and technocracy, gave a surprisingly optimistic ending to this adventure.

The residency for the WATER element due to the recent developments, will be co-organized with the Earth element, from October 14 through October 31, 2020. Participants will create productions in a range of locations throughout the island of Tinos. Creation locations include, among others, the Ursulin Monastery, the Vaketa Dam, the Monastery Village, rural areas (such as the Livadi of Komi), a set of fountains and springs as well as habitats (NATURA). You can see the selected locations for the element of water: here

The Water residency will begin via a set of three-day welcoming activities which will include a series of guided tours and workshops regarding locations and elements. The creative core will include both curated meetings and production creation.

The three-day closing activities are programmed to include a conference in collaboration with the Greek ICOMOS dedicated both to World Monuments Day, climate change but also the Water Element, distinguished speakers from many fields and organizations are also invited. At the same time, environmentalists will participate in the creation of experiential workshops with the aim of informing and sensitizing on the subject of Water, the artistic and research productions of the water element will also be presented.

The residency of the Air element will take place on the island from August 15 until September 3. Participants will create productions at a range of locations throughout the island of Tinos. Creation locatins include, among others the Isternia and Pyrgos mills, the Kambos War Plateau, Xombourgo, the Tsiknias mountain, the Papargyra and Panormou Lighthouses and other remote areas. You can see the selected locations for the element of Air: here

The residency of the air, in its three-day launch activities, will include a series of guided tours and workshops regarding both the creation locations and the element of air. The creation core will include curated meetings and product creation. The closing activities will include both the presentation of the productions created during the Air element and various other activities.

The residency of the Earth element will be co-organized with the water element, from October 14 to October 31, 2020. Participants will create artistic and research productions at a range of locations throughout the island of Tinos. Creation locations include the Monastiria village, the Volax village, rural areas (such as Livadi of Komi), a set of dovecotes, paths and a cluster of “cells”. You can see the selected locations: here

At the same time, the Earth element includes a series of collaborative workshops, guided tours, environmental and educational activities, both during the welcoming and closing activities in collaboration with local agricultural associations and environmental agencies from Greece and abroad.