Lara Buffard presented a brief performance of particular emotional charge where she attempted to bring out the rejuvenating forces of fire both literally and metaphorically. Tied to an elaborate twig wreath round her eyes, she looks like she is struggling with her weight until she is released from it as she wraps herself in the flames. Her physical presence and her interaction with the public made for an almost ritualized experience of pain and her recovery.

Lara Buffard and Thierry Alexandre (based in London) direct and perform together in Timebomb Theatre, a multimedia, genre defying theatrical company delivering cathartic, otherworldly, avant garde interventions to 21st century audiences. They draw on their respective backgrounds in Performance art and Butoh dance to create works deeply concerned with the Earth, Humanity, Spirit and how to heal the rift between these through intense presence, communication and personal commitment. 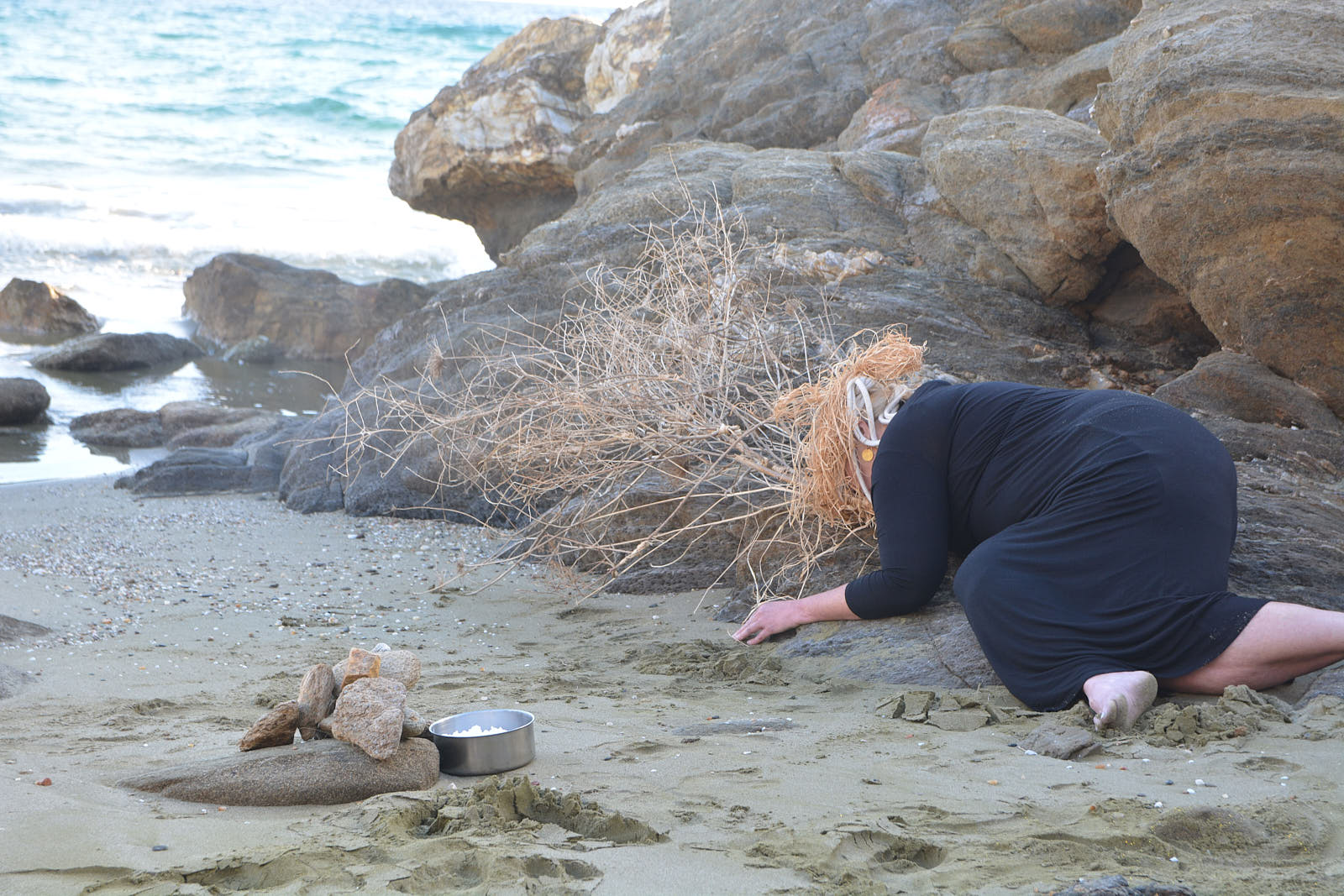